Castor Oil Packs: What is it, how to use it, and what are the benefits

There’s a reason your grandmother used castor oil as a remedy for everything. It has been said to cure every ailment from skin break outs to heart-wrenching break ups. Well, maybe not the latter, but it is a product you might want to consider adding to your beauty arsenal.

What is castor oil?

Castor oil has been used for health purposes for a long time, much longer than your grandmother’s lifetime. It is one of my favorite recommendations for constipation, skin health, and arthritis pain.

Castor oil comes from castor bean, which is considered one of the oldest cultivated crops. Native to India, it consists of ricinoleic, linoleic, oleic, stearic, and linolenic fatty acids. Because of its high ricinoleic acid content, castor oil is less prone to oxidation and has a longer shelf life than other oils. The ricinoleic acid is also said to be the reason for its wonderful health benefits.

The Many Health Benefits of Castor Oil

Castor oil is known to be a strong laxative. Using a castor oil pack on the abdomen can aid in bowel movements because it increases intestinal motility. In addition, it can also help to move the lymphatic system, which is the system that helps rid the body of waste. We need this system to function properly otherwise the build up of waste could make us sick.

Castor oil is great for hair and scalp health. It is rich in Vitamin E and has anti-bacterial and anti-fungal properties. It is said to improve circulation and promote hair growth. I like to mix castor oil with jojoba oil and massage it into my scalp, brush it through and then leave it in for about half an hour before showering. You may have to shampoo your hair a few times or rinse it with diluted apple cider vinegar to help break down the oil. You can do this hair treatment once or twice a week and you may notice that your hair feels more luxurious!

Other Uses of Castor Oil

Castor oil packs aid in the cleansing of the liver, which is why they can be very beneficial while following a cleanse. Helping the liver function properly means hormones will be metabolized more efficiently (yay!). It can increase circulation (thereby helping menstrual abnormalities), relieve pain, and improve digestion. Due to its anti-inflammatory properties, castor oil packs may ease the pain of arthritis when placed on the affected area with a hot water bottle for 20-45 minutes. It can also be used on the scalp and as a hair mask to promote circulation and encourage hair growth.

I must, however, offer a disclaimer. While many believe in the benefits of ingesting castor oil, I would caution against using it internally due to its possible gastrointestinal side effects and instead recommend castor oil packs, which are used externally. Using castor oil externally can be very beneficial because it can enter the body through the skin. Making your own castor oil pack is easy peasy!

How to Make Castor Oil Packs

You can make your own castor oil packs at home with a few materials. You will need:

As a precaution, do not use castor oil packs if cancerous tumors, ulcers, and/or uterine growths are present. It is also not recommended for pregnant or nursing women or use during menstruation.

I’d love to hear what you use castor oil for! Let me know in the comments below! 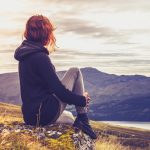 Do You Have PCOS?Health & Wellness 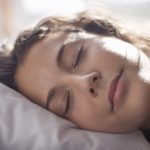 How Sleep Can Help You Lose Weight (and More!)Health & Wellness