Dandelion (taraxacum officinale if you want to get scientific) is a funny little plant. Regarded as a common weed, it grows wild in between the cracks of sidewalks and you might not glance twice at it. Yet, you should! In fact, you should consider brewing yourself a nice hot mug of dandelion root tea! Dandelion offers a wide variety of nutrients, but most importantly, it is a wonderful support for the liver, which can often get backed up and overworked in trying to rid the body of toxins we are exposed to on a regular basis.

This little “weed” packs some powerful nutrients! We’re talking vitamins A, B, C (an anti-oxidant), D, iron, potassium, zinc. In fact, the entire flower can be used: the leaves can be added to a salad or made into a tea, the root is often used as a coffee substitute because it has a coffee flavor, and yes, you can make wine out of its flowers. It is one of my favorite ingredients to incorporate into a cleanse as it supports the liver and helps to detoxify the blood. It increases urinary output (for instances of high blood pressure or liver issues), stimulates appetite, and cleanses the liver and gallbladder (1). It has anti-inflammatory and anti-carcinogenic (or anti-cancer) properties.

The leaf can be used before meals to stimulate appetite and the root can be used after meals, especially if your meal is high in fat. Dandelion root can act as a mild laxative, so do take caution if you have a sensitive stomach. Start small and work your way up.

Note: Because dandelion increases urinary output, it may decrease the effectiveness of other medications. Certain antibiotics also interact with dandelion, decreasing their effectiveness.

Disclaimer: Those with gallbladder or kidney issues should consult with their doctor before consuming dandelion.

The Research on Dandelion

In a 2010 study, dandelion was fed to rabbits with a high-cholesterol diet. After treatment, positive changes in lipid levels were seen. It was found that dandelion leaf supplements significantly increased HDL lipid levels (known as the “good cholesterol”) while lowering triglycerides and LDL levels (or “bad cholesterol”) (3). It is important to remember that results shown in animal studies don’t always translate to humans; however, this gives a whole new meaning to “rabbit food!”

The Importance of Supporting the Liver

Our liver does so much (in fact, it has over 500 known functions). And fun fact about the liver: if 70% of a healthy liver is removed, it will actually regenerate itself. Yes, you read that correctly.

Some of the functions of the liver include (4):

So, as you can see, it is important to keep our livers in tip-top shape. Supporting our liver health will support many facets of our overall well-being, including digestion, weight, energy levels, and skin.

Where to Find Dandelion

Though it may be tempting to pluck the dandelion leaves from the sidewalk, I would advise against doing so because you never know where pesticides or weed killers have been sprayed, and you certainly don’t want to be dining on a dandelion leaf salad tossed with pesticides! You can find fresh dandelion leaves in many grocery stores and you can order dry dandelion on Mountain Rose Herbs.

My favorite way to incorporate dandelion is by making tea. You can roast the root and then steep it, or you can buy teabags online. There are some very rich and yummy blends that taste like coffee, such as Teeccino

Have you tried dandelion? What is your favorite way to consume dandelion? 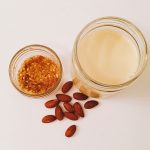 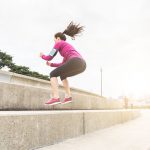