Spring is approaching and I am counting down the days (as if the weather will change on the calendar date)! It has been a long winter in the Pacific Northwest, with teases of sunshine but bitterly cold winds.

But along with the weather warming up comes spring allergies, which is a real issue for many and can make daily life uncomfortable, to say the least.

Why Do We Have Allergies?

Allergies are an immune response to harmless airborne irritants such as pollen that can leave you sniffling, sneezing, and teary-eyed. They can be pretty uncomfortable and some people experience allergies 9 months out of the year!

When we are exposed to these airborne irritants, the immune system overreacts by producing antibodies, which travel through the body. Mast cells (a type of immune cell) will then attach to these antibodies as a defense mechanism against the allergens. Mast cells can live in our tissues for months once they attach to an antibody. They wait for the allergen to appear and once they encounter the allergen, they release inflammatory histamines, which are responsible for the uncomfortable symptoms we experience during allergy season (and perhaps beyond!).

If you suffer from seasonal allergies year after year, the best way to approach them is to correct the immune system imbalance by using natural remedies as a preventative measure. However, many people don’t seek help until they are in the throes of their uncomfortable symptoms and then tend to turn to medications because the natural remedies don’t seem to work as quickly. Nettles could be the answer you’re looking for.

Stinging Nettle to the Rescue

Perhaps you’ve heard of stinging nettle or seen Youtube clips of lads flinging themselves into stinging nettle bushes for kicks and giggles. I have personally been stung by a stinging nettle plant and could not imagine the pain of throwing my entire body into it! I only brushed my hand up against my nettle plant when watering it and it was quite painful! Perhaps I’m just a baby but it did hurt quite a bit.

Nettle’s botanical name is Urtica dioica, meaning “I burn.” The stinging nettle stings its victim by using the tiny hairs on its leaves to sting or burn whatever it makes contact with. However, don’t let the sting deter you! Nettle root and leaves have been used medicinally for many years and there are several ways to remove the sting in order to harness nettle’s healing properties.

Nettle is a natural anti-histamine and anti-inflammatory herb that can be effective as a natural remedy for allergies. Nettle contains polysaccharides, lectins, and flavonoids. The flavonoids help to suppress histimine release by mast cells, thereby reducing allergy symptoms (1, 2). Nettle also contains nutrients such as vitamins A, K, C as well as magnesium, zinc, chlorophyll, calcium, potassium, sulfur and more. These nutrients support skin health, hair health, immune functioning, and energy (3, 4). It is believed that the leaf works on inflammation by preventing the body from making prostaglandins, which are inflammatory chemicals.

Nettle can be effective for seasonal allergies and can be taken in various forms (once the sting is removed, of course!). Nettle leaf can be taken as a tablet or tincture or you can drink nettle tea. You can even make nettle pesto or add it to soup!

A bonus to using nettles is that it won’t give you undesirable side effects that allergy medications can cause, such as drowsiness. By using it as a preventative measure, nettle can help the body build up a resistance to pollen, mold, and environmental pollutants.

Nettle does so much more! It helps clear the body of toxins, tones the veins, helps prevent blood clots, and decreases uric acid buildup.

It can also be used topically as a hair rinse to help with dandruff and hair loss as well as a cleanser for oil-prone skin. Nettle has been shown as an effective alternative for alleviating pain associated with osteoarthritis and can be applied as a compress to arthritic joints (5, 6).

Nettle has been known to cause gastrointestinal upset, though allergic reactions are rare. To avoid digestive upset, select the younger nettle leaves.

Also, we cannot ignore the fact that it is called stinging nettle for a reason – don’t touch the plant with bare hands and do not eat raw! Nettle contains formic acid which is responsible for its sting. If you decide to harvest your own nettle, do so with gloves on. If you accidentally get stung, plantain can help soothe the irritation. The sting is non-threatening, it’s just unpleasant. When you add the nettle leaf to a saucepan and apply heat, it removes the stinging properties. You could also buy nettle in dried herb form, which will come sting-free.

Where to Get Nettle

If you’re foraging for your own nettle, you can find nettle pretty much anywhere, but particularly in marshy areas or near streams. Nettle grows in the springtime (hmm, I wonder why!) and can be grown in your own backyard as well. It is important to seek high quality nettle because during the processing, nettle can lose its anti-histamine properties. Freeze-dried nettle helps it retain its active components. The best species are the North American and European species if using medicinally.

How to Make a Nettle Infusion

Nettle has a grassy, mineral-like taste. It is cooling and slightly bitter. For an infusion, add nettle to a pot of water, bring your water to a boil, remove from the heat, cover and let it sit overnight. Strain out the nettle and add some stevia or lemon juice to flavor it if you don’t care for the taste.

You can also pour 8 ounces of hot water over a tablespoon of nettle leaves (cover it of course to keep those volatile oils from escaping!) and let it sit for 10 minutes and drink.

As I mentioned previously, natural remedies are much more beneficial when used as a preventative measure, as opposed to acute use once symptoms hit. When it comes to allergies, adding nettle tea into your springtime routine could be the key to saving you from the sniffles and sneezes. 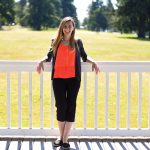