I think it’s fair to say that I’ve dabbled in different ways of eating: vegan, vegetarian, raw food, Paleo, and, of course, the pasta/ramen diet in college. In subscribing to and prescribing diets, I’ve come to form my food philosophy: every body is different, we are always changing, growing, and adapting. I don’t believe in a one-size-fits-all kind of eating, which is why some women thrive on a vegan diet and some women just really eff-ing don’t.

There are people out there who believe that everyone can flourish on the same diet. That’s fine, but that’s not my style. There are so many factors that influence the way we eat and absorb. Genetics, for instance, can play a role in how we metabolize food. Certain pharmaceuticals people take can interact with food, causing symptoms or inactivation of their meds. And then there is the psychological aspect of food, which is something I am particularly interested in. More on that in a bit!

Originally, this post was going to be on the vegan/vegetarian diet versus eating meat debate. But for one, I don’t think I’m quite ready for the opinions that I would likely incite. And secondly, there are so many caveats to this debate – it’s just not a black and white type of deal. And thirdly, there are already so many blog posts written on this topic. And fourthly, I respect that everyone must eat according to what is in line with their values and their body’s needs, regardless of what research or other blogs say. And fifthly…just kidding 🙂

Are There Guidelines That Fit Everyone?

Sure, there are some general guidelines that fit well with most people, such as the 80/20 rule: 80% of the time, eat nutrient-dense foods and 20% of the time, eat tacos. And of course, pile on the veggies! I don’t think many people would disagree that veggies are evil, even though there are those who really just can’t get a piece of broccoli in their mouth.

I do have clients who are vegan, who are on Weight Watchers, who are Paleo. While my focus is generally the same for everyone (whole foods, organic produce, quality proteins, healthy fats), the nuances differ from person to person based on where they’re at in life.

There are things I recommend to mostly everyone, such as to stay hydrated, sleep well, stress less, and move your bod! I prefer a tailored approach to nutrition because it’s more fun – wouldn’t you rather eat flavors you enjoy, can digest, and make you feel good as opposed to a boring nutrition plan that everyone else gets?

How I Established My Philosophy

The best way to figure out what works best for us is through trial and error, and not because someone else said so. Trying the raw food diet gave me irritated bowels, to put it nicely. My body couldn’t process so much raw food. The vegan diet left me feeling fatigued and craving animal protein. Paleo has worked well for me but I find that I don’t need as much meat as many Paleo recipes incorporate. Ditching gluten, dairy, sugar, and alcohol was the best thing I could have done for my skin, my weight, my menstrual health, my sleep, and my gut.

I had a health coach who guided me along the way, helping me to experiment, adjust, and find what worked best for me. Eventually, I became more intuitive about what worked well in my body and what didn’t, especially when I cleared out the gunk and started eating less of the processed and packaged foods.

Our Health is Not Just About the Food We Eat

Just like you can’t work out like a madman and still eat cake for breakfast every morning (hello, sugar rush!), you can’t just rely on a nutrient-dense diet and then loaf on the couch the whole day. Health includes daily movement, sunshine, fresh air, vacations, breathing, self-love, kitties and puppies, journaling, dancing, or whatever it is that makes your soul happy. It’s the whole picture.

The Psychological Aspect of Nutrition

Have you ever tried to give up a beloved food item for Lent? Or gone through a cleanse? Or been told by your doctor that you need to cool it with your favorite morning doughnut? It’s quite difficult to part from the foods we love! In fact, the more we resist, the more we obsess about that doughnut, right?! Part of the reason is because we can become emotionally attached to certain foods we love, and giving them up means we have to come up with other ways to cope with our emotions. Perhaps the doughnut helps you deal with a stressful workday. Perhaps your mom took you out for ice cream when you were sad and you now it’s your go-to pick-me-up.

We also develop food habits. So that cookie you have for dessert every day after dinner now has your brain and body expecting it, asking for it, craving it as soon as you finish dinner!

There are so many factors that play a role in our food choices that those factors must be considered, addressed, and healed. Food is more than fuel for the body. It is celebration, it is ceremonial, it is love, it can be wrapped up in emotions, stress, nostalgia, guilt. Telling someone to give up their Ben & Jerry’s without addressing why they feel they need it is setting them up for failure.

Bio-individuality is basically a fancy term for “we’re all different.” Some people thrive on a vegan diet (when done properly), and some people don’t. Making blanket statements about one diet working for everyone is dangerous because everyone is different. Everyone is a difference size, age, ethnicity and genetic makeup. In addition, everyone has had a different upbringing which has shaped their relationship with food. Some of us are recovering from an illness, pregnant, have had sections of our intestines removed, are lactose intolerant, are deficient in stomach acid, and on and on. Not only that, but everyone has a different budget to spend on food, different taste preferences, and a different skill set when it comes to cooking. All of this plays a role in how we eat, absorb, digest, and even think about food.

Balance (aka Chocolate) is a Must!

Probably the best thing I learned in my nutrition program is that balance is important. Sometimes, I just really need to eat chocolate. When you go too far in one direction (aka way too many kale salads), you run the risk of going overboard in the other direction to compensate (aka chocolate overdose!). Rather than giving into my Cookie Monster tendencies, I balance it out by having some sweets here and there. I’m sure you’ve experienced that feeling when you deprive yourself of a treat and it begins to gnaw and gnaw until you simply can’t ignore it anymore! Like I said, the 80/20 rule works well for many people. I must have my 20% to maintain my 80%.

Remember, you are YOU and no one else. Just because someone says you should eat 40 bananas a day or fast or munch on raw veggies, doesn’t mean you should. You have to find out what works best for you. And if you need some support and motivation in figuring out what foods to eat to help you feel vibrant and nourished, I’d love to help you!

What is a diet you tried that didn’t work well for you? I’d love to hear from you in the comments below! 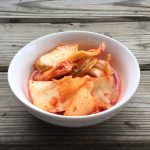 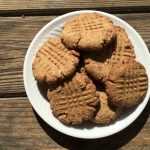